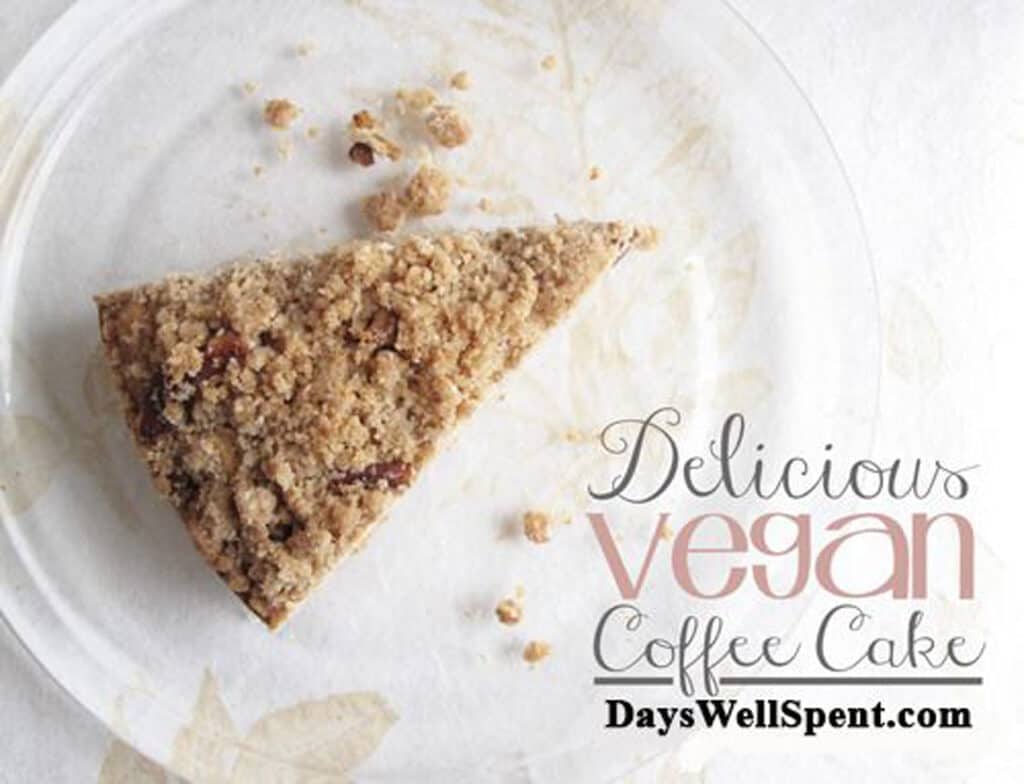 A friend of mine used to bake for a small coffee shop, and she shared this coffee cake recipe with me. She said it’s the kind of vegan recipe that even non-vegans will enjoy, which usually means it tastes pretty darn good!

Sometimes it’s not easy to find vegan desserts that will satisfy a non-vegan palate, so I had to give it a try. And it’s a hit at my house, so I’m passing along the recipe. Hopefully, you’ll enjoy it too!

* Extra virgin coconut oil tends to have more of a coconutty flavor than regular coconut oil, so keep that in mind if you don’t want such a strong coconut flavor. If you don’t like coconut at all, ¾ cup of margarine will work fine too. If you’d rather stay away from the hydrogenated fats then a great alternative to margarine is Earth Balance Buttery Spread.

Either option can be melted on the stovetop over low heat or in the microwave for 30 seconds at a time until liquid.

Have you tried this recipe? I’d love to hear what you thought! And do you have a favorite vegan dessert that you like to bake?

This site does not provide medical advice. All material provided on this website is provided for informational or educational purposes only and is not intended to diagnose or treat any disease. Consult a physician regarding the applicability of any opinions or recommendations with respect to your symptoms or medical condition. Use of this site is subject to our terms of service and privacy policy.